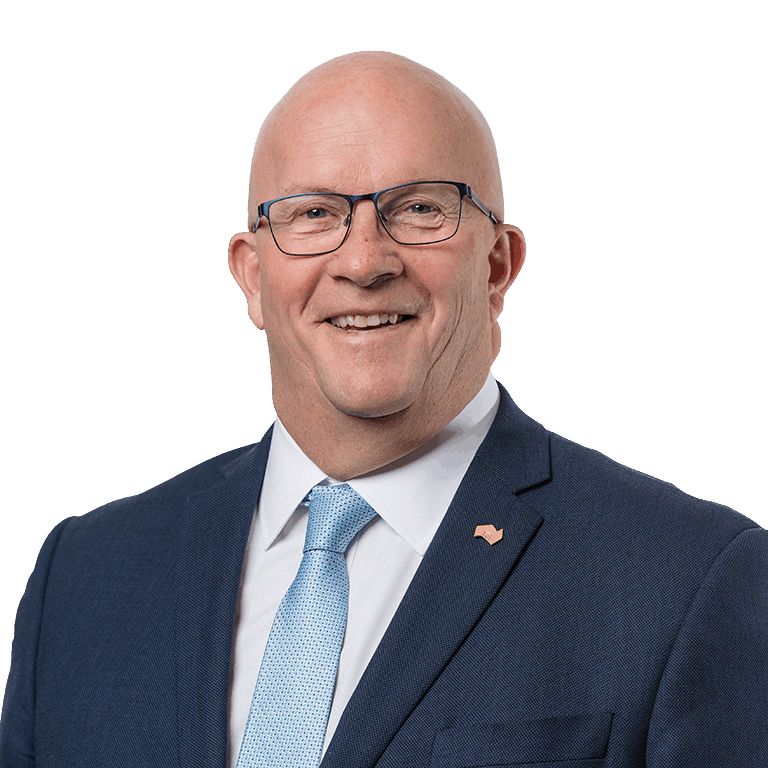 David Ridgway grew up in the small South-East community of Wolseley, South Australia. Fostering his interest in rural affairs, David travelled extensively and through connecting with other farming communities, developed his understanding of politics and community leadership.

As a young adult, David took over the family farm which had diversified into a large-scale horticultural operation. It was an experience which developed his understanding of business and exports. That business operation, along with the personal experience of raising a family in a rural community, reinforced David’s connection to regional South Australia.

Intent on playing a positive role in strengthening South Australia’s regional communities, David won a seat in the State’s Legislative Council in 2002. Following the Liberal Party's success at the March 2018 State Election, David was appointed Minister for Trade, Tourism and Investment in Premier Steven Marshall’s Ministry - a position he held until July 2020.

Outside his role as a Member of Parliament, David enjoys spending time with family, exploring South Australia’s unique and diverse regions, and pursuing opportunities to promote his home State to prospective visitors, investors and customers.