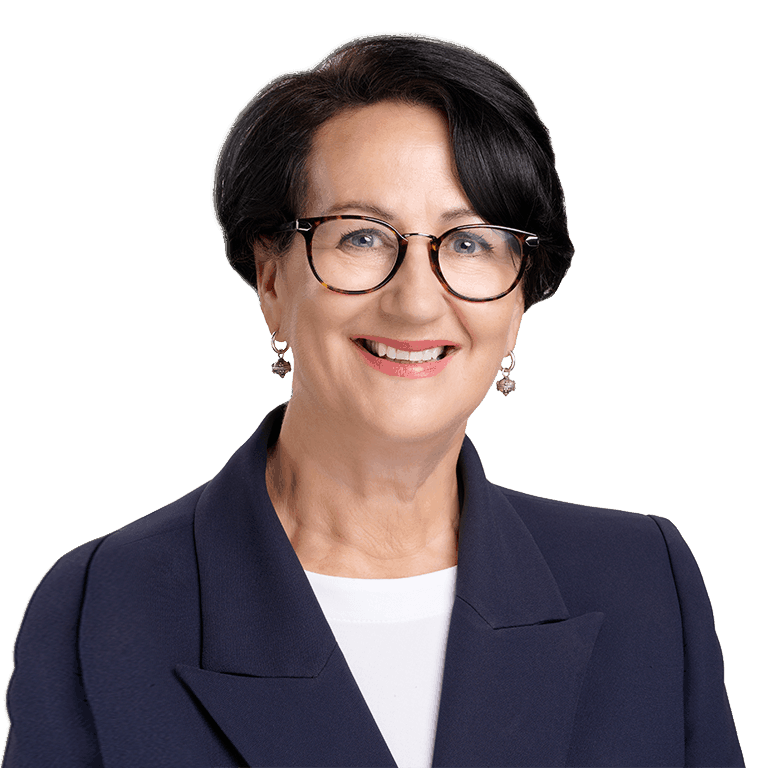 Vickie Chapman was elected to the South Australian Parliament as the Member for Bragg in 2002.

She became both South Australia’s first female Deputy Premier and Attorney-General in March 2018 in the Marshall Liberal Government.

Vickie brings a wealth of knowledge and experience to her role, previously serving as the Shadow Attorney-General and Shadow Minister for Justice. She graduated from Adelaide University with a Law Degree in 1978, worked as a Barrister and Solicitor and started her own legal practice, Chapman and Associates.

She is passionate about making positive changes in lives of every day South Australians through law reform. A key focus is on tackling the scourge of domestic violence and providing more support to victims and having a well-functioning courts and legal system.

Vickie was born and raised on Kangaroo Island. She attended a local primary school, before moving to Adelaide to complete her secondary and tertiary education.

Vickie has two sons and enjoys spending time with her grandchildren.